Oh, Eli Goldsworthy of Degrassi! – I Love You, You Sexy Psychopath!

A few years ago, Degrassi (a.k.a. The Little Canadian Show that Could) introduced us all to the remarkable talents of one, Nina Dobrev.  Nina eventually went on to star in my now – FAVORITE television show, The Vampire Diaries .  . . 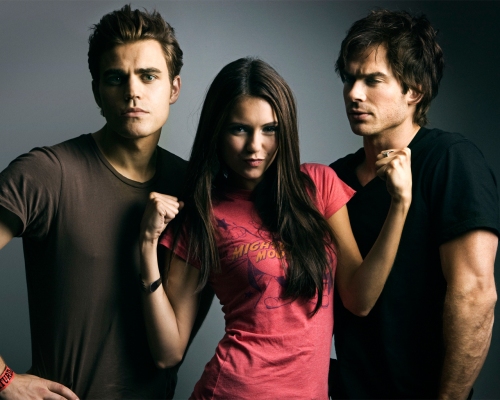 You are hearing it here, first, my fellow teen television drama fans!  Munro Chambers will be Degrassi’s next Big Breakout Star.

Week after week, this guy FLOORS me with his Mad Acting Skillz!  Munro intrigued me, when he first came on the scene, this past season, as the guyliner-wearing, sort of emo, hearse-driving, tortured artist, with a rebellious streak, and biting sense of humor, Eli Goldsworthy .  . .

He then won my heart, as the epicurean, closet romantic, whose sheer love of life, and unwillingness to take no for an answer, brought the uptight brainiac Clare Edwards out of her shell . . . 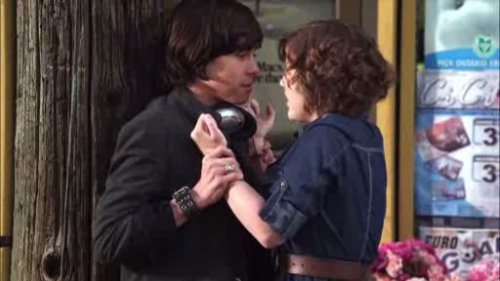 He frustrated me, when he pushed away the very some woman he so vehemently pursued, the following week.  Eli was afraid of letting Clare get too close  . . . fearing she would see beneath his cocksure facade, to the scars that lurked beneath the surface . . .

And they were some UGLY scars!  When Eli finally admitted his true feelings for Clare, and entered into a relationship with her, she began to see his Dark Side.  But far from scaring her away, seeing Eli’s flaws, only made Clare (and us fans) love him more.

When Eli antagonized bullies twice his size, until they kicked his ass.  And then he tricked those SAME bullies into getting ARRESTED through a very cunning bait-and-switch, involving Fake IDs, we questioned whether he had a Death Wish . . .

And when we met his parents for the first time, we wondered whether he was adopted (and kind of hoped that he was, for the sake of genetics) . . . 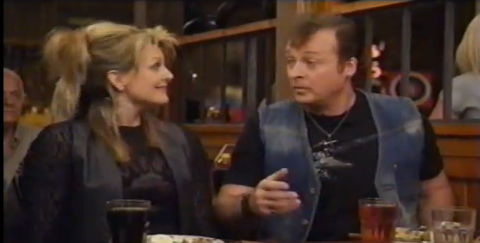 The Future of EClare?  Oh HELL NO!

And when we found out about Eli’s Big Secret, we were shocked and saddened.  Our hearts broke for this fictional character, who suddenly felt so very real to us, both in our minds and our  . . . ahem . . . other parts . . .

Eli became even more complex and multi-layered, when we discovered that the untimely loss of his girlfriend led to his struggles with hoarding . . .

I hate to say it, but as grossly messy as that room is, it also looks pretty cool!  Doesn’t it?

But just when us fans thought we had learned everything there was to know about Eli, he introduced us to a whole new side of himself, his PSYCHO SIDE!

Though this recent turn of events would be enough to piss off even the most calm and collected of boyfriends, the already volatile-natured Eli took things harder then most.  Throughout the episode, we witnessed the character slowly unravel, and gradually descend into madness.

Watching Eli waver between agressively trying to protect his girlfriend from “The Jesus Guy” (through blustery anger and controlling manipulation), and placating her, with over-exaggerated declarations of love, and increasingly desperate demands for forgiveness, was both cringeworthy, and deliciously fascinating.  I didn’t know whether to turn away in horror, or wiggle closer to the television screen .  . .

“I feel like you are slipping away,” complains Eli, during one of his softer, more emotionally moments moments.

Amidst it all, were a trio of genuinely creepy moments, during which Eli would break the Fourth Wall, and stare directly at the viewers at home, with a look that was both inviting, and, at the same time, undeniably evil.

But it was not until the final scene of the episode, that things with Eli got REALLY psychotic (and, therefore, CRAZY FUN!).  Check out the “interesting” way in which Eli chooses to conclude the horror story, “Stalker Angel” that he’s been working on throughout the episode. In particular, pay attention to the the uncomfortably ironic similarities between the fictional story being described, and the Bizarre Love Triangle that is Clare / Eli / and the Born-Again (so-called “Angelic”) Fitz: 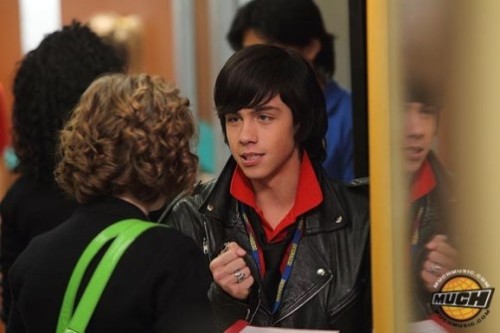 Eli:  The hero, Malcolm, realizes that he could never protect his heroine, Rachel, from Stalker Angel, so he has no choice but to . .

Eli: No, he kills Rachel.  He grabs his knife, cuts her throat, drinks her blood, and forever they are one!

Eli: It’s brilliant.  It wouldn’t be much of a horror story, otherwise.

Clare: (with uncertainty) Of course.

Eli: It’s my masterpiece.  And I couldn’t have written it without you.  It’s all about YOU, Clare!

Eli:  Don’t I owe you a driving lesson?  The HEARSE awaits.

Check out the scene in its frighteningly foreboding entirety here, IF YOU DARE!

The last shot of the episode, which features Eli loudly declaring his love for Clare, as he possessively wraps his arm around her, and glares sadistically at the camera, genuinely gave me chills!  After all, when it comes to Eli, I literally never know what he’s going to do next.  And THAT is was keeps me coming back to the show, week, after week.

Kudos to Degrassi for creating such a wonderfully relatable, and, at the same time, definitively insane, character, in Eli Goldsworthy!  And even bigger kudos to Munro Chambers, for bringing Eli to life on the small screen!  I can’t wait to see YOU in prime time, Mr. Chambers!

16 responses to “Oh, Eli Goldsworthy of Degrassi! – I Love You, You Sexy Psychopath!”