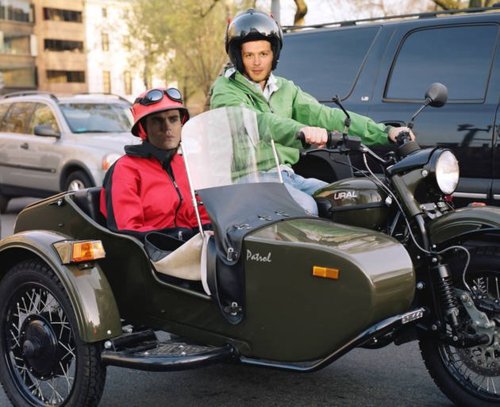 Watch out, World!  The TRUE Rippers are coming . . . And BOY, are they HUNGRY!

Have we got a treat for you, this week, Fangbangers!  For weeks, my fabulous blogger pal, Amy, over at Imaginary Men, and I have been hard at work watching (and rewatching, and rewatching) countless hours of Vampire Diaries’ footage, with the goal of boiling down for you, our patient viewers, those special scenes that embody the TRUE Spirit of Ripper Stefan  .  . .

Part I of this series, took us all the way back to 1864, where we witnessed the birth of Stefan and Damon as vampires, in the Season 1 episode “Blood Brothers.” 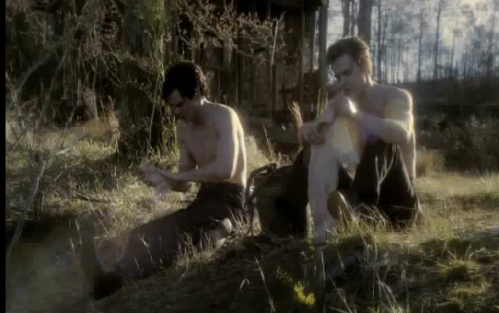 Awww, look at the Baby Vamps!  Aren’t they cute?

Back then, Ripper Stefan was just an infant, nudging and crawling his way toward bloodsucking greatness . . . 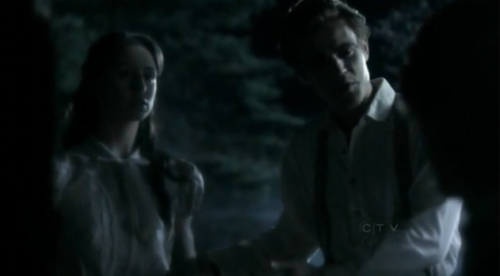 In Part II of the series, we returned to present day, and the “Miss Mystic Falls” pageant.  There, we watched with horror (and just a little bit of glee) as Ripper Stefan tore into the carotid artery of Amber the Beauty Queen with the skill of a surgeon, and the cold, unfeeling, attitude of a sociopathic serial killer . .  . 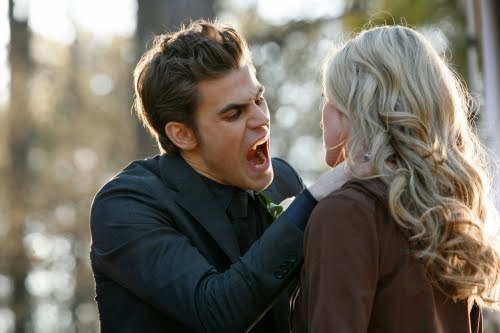 Part III, drove us back into the past, once again, as Stefan calmly detailed for Elena, how he systematically devoured most of her ancestors, AND learned that love truly CAN conquer all, in “The Dinner Party” . . . 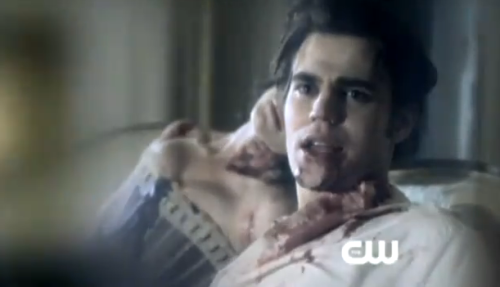 But THIS is what you’ve all been waiting for!  The Piece de Resistance of the ENTIRE SERIES . . .

Because when you think about it, all of these individual moments, have really been leading us down one single dark road . . .  With every drop of human blood Stefan consumed, he was further cementing his fate. 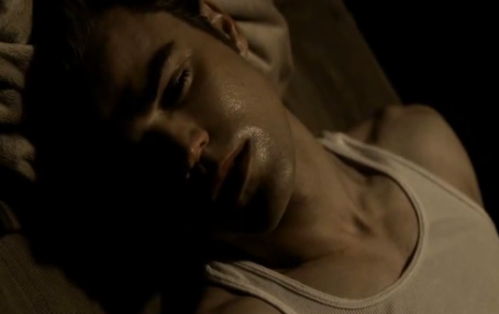 So, when his path inevitably crossed with a certain blonde-haired Original Vampire, there really was no turning back.  Stefan’s Destiny had already been decided.  The Ripper had RETURNED, in earnest . . . and the Devil they call Klaus had made it so . . .

So, without further adieu, TV Recappers Anonymous and Imaginary Men proudly present to you . . .

(We sincerely hope it doesn’t suck!)

P.S. For those of you who have enjoyed this web series (and we hope you have), here’s an opportunity to take part in it, going forward!

As you well know, there are two weeks left between now and TVD’s September 15th premiere.  That means that Amy and I have two weeks left to give you more TVD-related content.  The problem is we’re not sure what we want to write about, yet!

No, I’m serious, Damon!  We’re stuck!  But that’s where you come in, dear readers!

Drop by the comment section here, or on Amy’s blog, and tell us what TVD-themed topic you’d like to see us cover, in the next two weeks.  If we choose your idea, we will give you full credit for it, of course, as well as the opportunity to insert your two cents directly into the post . . .

Great!  Then get those wheels turning, and start coming up with ideas! 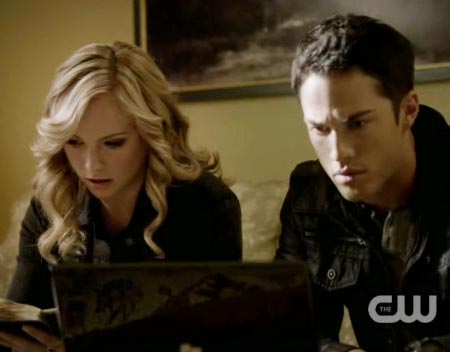 Thanks in advance!  And, hopefully, we’ll see you next week!

Filed under The Vampire Diaries