ARIA:  “Don’t look now.  But I think someone’s watching us.”

SPENCER: “A LIVEBLOG?!  No one does a LIVEBLOG on us, and gets away with it.  They MUST BE STOPPED!”

Greetings, my Pretties!  As you know, tomorrow marks the last episode of PLL, before the show heads into its interminable Fall Hiatus . . .

But don’t worry!  My pal, Sassyfran, over at Random Recaps and I have decided to send this show off, in style, with a LIVEBLOG! 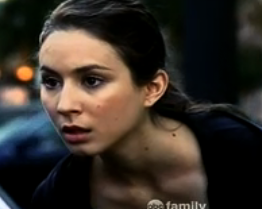 “What the f*&k is a liveblog, and what does it have to do with ME?”

Well, I’m glad you asked, Spencer!  A liveblog is kind of like a chat room where you can talk (well, more accurately, “type”) about the PLL Mid-Season Finale with other fabulous fangirls (and boys), like yourself, while the show is airing.

Or, if you’re shy, just read along.  And let US do the work for you!

In addition to covering the play-by-play of the episode, and repeatedly cooing over the hotness of the show’s cast  (Comments like “OMG!  HE IS SO GORGEOUS!” are, of course, inevitable, in these types of forums, and TOTALLY welcome!) . . .

. . . Sassyfran and I will also be regaling you with screenshots from the episode, hot photos of the cast, and fun live polls, in which can take part.

Of course, if you miss the liveblog, and want to check it out, after the episode airs, you can do that too! 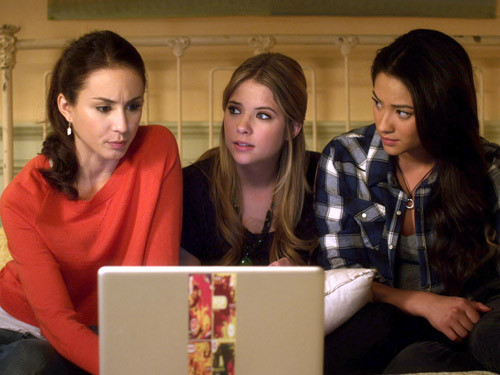 “This is very suspicious.   We are going to have to investigate this.”

For those of you who have never taken part in a liveblog before, here’s an example of one we did for The Vampire Diaries’ Season 2 finale, back in March.

Oh, and just a quick note, because we had some confusion last year.  A LiveBlog is not the same thing as a LiveStream.

Unfortunately, the technology we have available to us from CoverItLive does not allow us to stream the episode to other viewers, over the internet.  It provides “chat” services only.  There are a number of other websites that will stream the episode for you, of course.  However, us fangirls don’t have the resources – or the necessary legal approval – to offer you that particular service.  Sorry, in advance!  (You still like us, anyway . . . don’t you?)

So, if you are up for celebrating The Pretty Little Liars’ Mid-Season Finale with a couple of crazy fangirl bloggers, who share a love of snarky commentary, wild plot speculation, and Abs Toby . . . 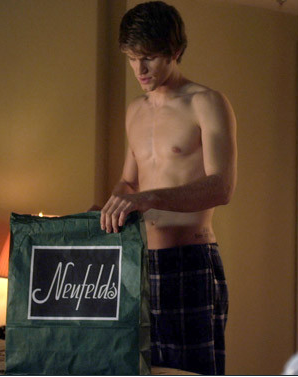 Until then, feel free to watch (and rewatch, and rewatch . . .) this ABC Family preview for PLL’s Summer Finale episode (which, by the way, is entitled, eerily enough, “Over My Dead Body”) . . .

And here’s a Sneak Peek from the Upcoming Episode.  (Shrinkypoo!  Where are YOU?)

See you tomorrow, My Pretties!