In Amy H. Johnson’s honest, funny and inspiring debut memoir “The Fangirl Files: True Tales and Tips from the Fandom Frontlines,” she embraces fangirling, not just a hobby, but as a way of life.  Whether it’s a favorite band, a beloved book series, an admired actor, or an adored television show, fangirling is a way we define ourselves.  We fangirl both to stand out from a crowd, and to connect with an entire world of people who share similar interests, in ways we never dreamed possible even a decade ago.  Through Fangirling, Amy, like many of us, found solace and comfort, excitement and adventure, independence and self-reliance and a loving extended network of like-minded, who can turn to, not just to discuss the latest Killers album, but to share in all the ups and downs life has to offer. 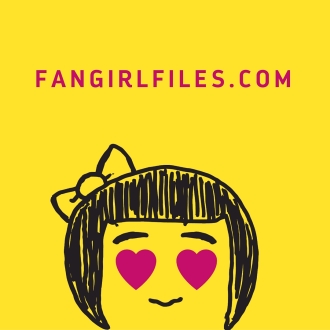 Throughout “The Fangirl Files” Amy details her life from childhood, through adolescence into adulthood, using the various fandoms with which she associated as milestones along her thrilling journey. And this, of course, may lead you to wonder, what is Amy fangirling about now, in the Fall of 2016?

With the help of her fellow Fangirl friend (Me, Julie, naturally), Amy will share with us the things that get her all excited and fangirly right now.

I’ll play as well, because, why not? I’m a Fangirl too, after all.

Coming up we’ll discuss a few of our favorite things in 2016 from a wide variety of pop culture topics including television, movies, music, apps, podcasts, columns, and books. And you can weigh in on whether you agree with us, think we are totally nuts, or have your own recommendations. Because that’s what true fangirling is about, after all . . . . sharing our passion, expanding our horizons, and bonding over the things we all love. Also, let’s be honest, it’s about the cute boys . . . because who doesn’t love those?

I have been binging on season four of The Americans. Perhaps “binging” isn’t the right word as sometimes an episode is so stressful it takes me days before I feel emotionally ready to watch the next one! I often wonder why this show has never had the same sort of pop culture fixation as other “prestige dramas” like Mad Men or Breaking Bad. It is also filled with conflicted anti-heroes and heroines and is intense, brilliant, suspenseful, heartbreaking and superbly acted (if you ever thought, “Awww, Felicity Porter is so adorable!” Keri Russell will kick the living sh*t out of your memory of her previous incarnation). Plot lines are artfully woven through multiple seasons so things that happened two seasons ago come back to haunt the characters. Under the layers of spy intrigue and danger is the story of a family trying to stay together through the mundane tasks of every day life, and the high stakes secret world of espionage. And it always bears repeating, “POOR MARTHA!” Watch it: Amazon, iTunes.

What I can’t wait to watch:

I’m excited about season three of The Affair. This one is another under-the-radar show that critics and awarding bodies like but is also not part of the “Peak TV” conversation. I think that may be because it can contain some soap opera-y elements although I don’t think that detracts at all from the performances or really deep emotional places it goes to. It is another doozy of a show in terms of stressing me out but this one also makes me cry a lot because at the heart of it is the understanding that relationships­—with spouses, lovers, friends, parents, even enemies—are complex and often overwhelming. The first season featured the POV of the two characters having the affair Alison and Noah. Season two added the views of the spouses they cheated on, Cole and Helen. As we follow the frequently conflicting interpretations of what happened in each relationship, there’s also a central mystery unfolding known as, “Who Killed Scotty Lockhart.” Let me tell you, last season’s finale was a true Gasp-Out-Loud-What-Just-Happened-Holy-Sh*t! Kind of TV moment that made me miss a time when everyone watched TV shows at the same time so we could discuss them right afterwards. Of course the entire reason I even began watching this show was because of my Ultimate TV Boyfriend Joshua Jackson (Pacey 4eva!) who even got his own chapter in my book The Fangirl Files! Watch it: Showtime, November 20th.

If you’d rather laugh: 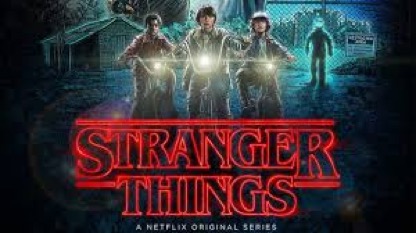 Admittedly, I was a bit late to the party on this one, if only because I thought it would be too scary for my wimpy, fraidy cat, ass. (Also because I’d heard the ending involved a full-sized slug coming out of somebody’s mouth, which pretty much describes every nightmare I’ve had from the age of six until forever.) If you’re an eighties kid, you’ll love the overload of nostalgia you will inevitably feel for a simpler time, when “fun” for kids involved just riding bikes around town or playing an intense round of Dungeons and Dragons, two activities that involve NO TECHNOLOGY AT ALL. Not to mention the fact that the film is jammed packed with pop culture references from the time: movies (E.T., It, Nightmare on Elm Street), music (Hazy Shade of Winter, Waiting for a Girl Like You); even school supplies (Teen Heroine Nancy owned and promptly displayed her very own Trapper Keeper during the series).

Even those who don’t exactly remember the eighties will still find plenty to love in this super fun series that is filled with action adventure, mystery, humor, horror, plucky characters you will root for, and cheesy special effects that will make you giggle. But most of all, I think Stranger Things is about the enduring nature of childhood friendship. Because when you are eleven years old your best friends are your whole wide world. It’s a feeling you never quite get back, after you inevitably grow into the self-absorption of your teenage years . . . Watch it: Now on Netflix

The Night Of (HBO)

Based on the British series Criminal Justice, this HBO crime procedural / mystery follows Naz, a well-behaved, dutiful Pakistani college student, who gets invited to a party, meets a hot girl, has the best sex of his life, and then proceeds to have the WORST SIX MONTHS EVER! Though its Naz’s plight and the mystery of Who Killed Andrea, that will draw you into the series, you’ll stay for the harrowing portrait of our criminal justice system, and the pressure it puts on everyone from beat cops, to detectives, to district attorneys to judges to arrive at a conviction for violent crimes, even if it means ignoring exculpatory evidence, not to mention the picture it paints of our prison system. The Rikers Island of The Night Of makes the Litchfield of Orange is the New Black look like a trip to the mall. 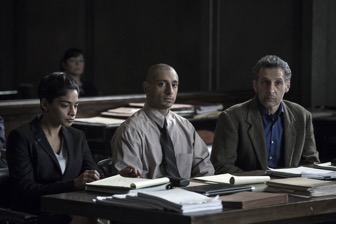 A husband whose wife is about to give birth to triplets; a Hollywood heartthrob experiencing malaise over the trajectory of his career; an overweight woman struggling to take back control over her life in a society that often obsesses over appearances; a successful businessman who has just reconnected with the biological dad who abandoned him at a fire station 36 years earlier. These are four very different people, with vastly different stories; people who seem to have nothing in common with one another but the date of birth that they share . . . OR DO THEY?

From the first moment of the pilot, this series instantly had me hooked with its cast of likeable, not to mention super attractive characters, their relatable stories, and the unexpected twists the writers seem to enjoy slipping into the end of every episode. And touching . . . man is this show touching. Bring your hankies folks, because if you are in the right mood when you are watching this, you will be happy crying all over the damn place! Watch it: Tuesday nights on NBC.

Tagged as Fangirl Files, Fangirl's Guide to Fall 2016, HBO, NBC, Netflix, Stranger Things, television, The Affair, The Americans, the night of, This is Us