Degrassi: The Boiling Point (Because Canadian Teens are People Too!) 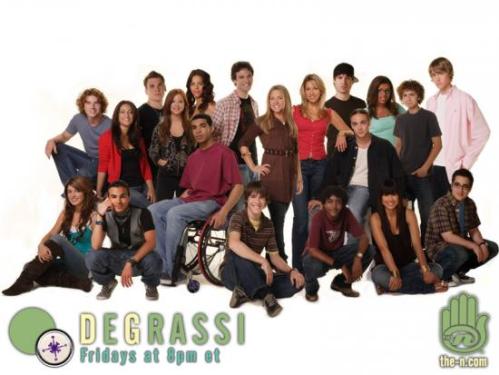 The cast of Degrassi: The Next Generation . . . NONE of these people are actually on the show anymore.  Seriously.

Once upon a time (the early 2000s) in a land far, far, away (Canada), a bunch of folks got together and created a half-hour television program called Degrassi: The Next Generation.  It was a show about high school kids (well . . . actually, they started out in junior high), one which starred actors and actresses who were ACTUALLY teenagers  . . .

. . . as opposed to the 35- and 40-year olds who typically starred in teen television dramas at that time. 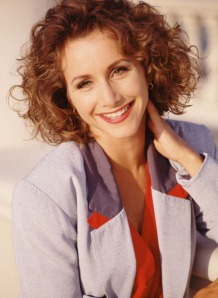 Meet the first 16-year old to ever suffer from menopause . . .

And the first 17-year old to experience erectile dysfunction disorder.

But what most of us fans of the show DIDN’T know, was that Degrassi wasn’t exactly NEW.  It was actually a revamp of a REALLY, REALLY, REALLY old show (from the 1980s) that ALSO featured high school kids.  Except THEY looked like THIS . . . 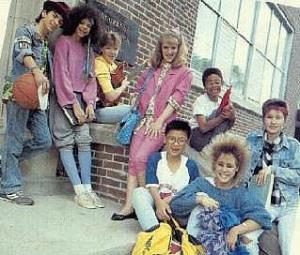 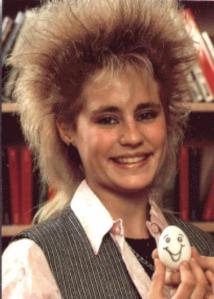 How exactly did one sleep at night, with hair like THAT?  Wouldn’t it puncture holes in the bedroom wall, in the middle of the night?

Throughout the years, the NEW Degrassi grew more and more popular.  And as its cast aged (into their LATE teens, mind you, not their LATE fifties like those OTHER shows), its storylines became more and more provocative.  Degrassi began to tackle REAL issues that REAL teens faced everyday, like . . . 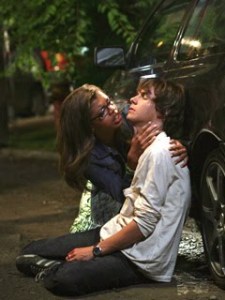 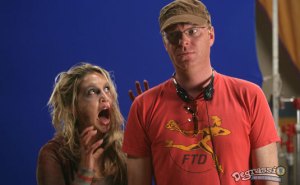 Due largely to the success of the show, and the innate talents of its stars, many Degrassi: The Next Generation cast members went on to become big stars in .  . . wait for it . . . THE UNITED STATES.  For example, you may remember Darcy Edwards (played by Shenae Grimes), the “good little Christian girl” . . . 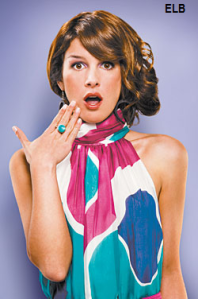 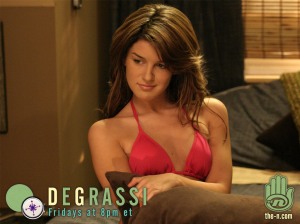 Then, there was Little Jimmy (played by Aubrey Graham), the Rich Kid Jock . . . 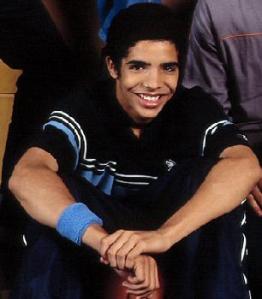 . . . who was tragically confined to a wheel chair, after being shot in the back by a psycho.  But you might know him better as kickass rapper dude, Drake . . . 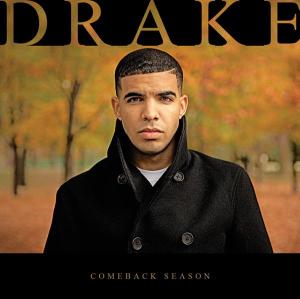 And who could forget my personal favorite?  Baby Mama Mia.

She doesn’t look familiar to you?  Perhaps you’d recognize her more, if she was attached to the lips of some VERY HOT VAMPIRES . . .

It’s Nina Dobrev!  Or as you know her better, Elena Gilbert of The Vampire Diaries! 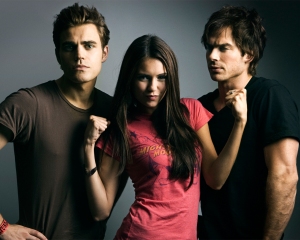 Unfortunately, soon after the departure of these folks (along with most of the rest of the show’s original cast) came an inevitable drop in the show’s ratings . . .

Coming up on its tenth season, Degrassi: The Next Generation was staring down cancellation.  To stay afloat, it needed a MIRACLE!  It needed a HAIL MARY!

So the producers of Degrassi came up with a plan . . .

Why not spice things up a bit, by changing the show’s format to one that’s already proven successful?  Why not make Degrassi into . . .  a SOAP OPERA!

So what if HALF of the longest running soap operas on television have been CANCELED within the past two years? 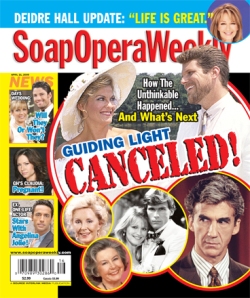 Clearly, this is an AMAZING and FAILSAFE idea!

And so, starting this week, Degrassi: The Next Generation has traded in its weekly airings for daily ones.  This summer, a half-hour episode of the series will air every weekday at 9 p.m. on TeenNick for six weeks.  This television viewing event is being referred to by advertisers as THE BOILING POINT . . . though I’m not quire sure why . . .

The promo is pretty cool though!

THE BOILING POINT kicked off early this week, with a two-hour special entitled Degrassi Takes Manhattan.  The series got off to a good start, at least in terms of “shock value,” if not exactly for “good plotting” or “good acting.”  During the special, two characters who had precisely NOTHING to do with one another for the ENTIRE ten years they were on the program together (Spinner and Emma), inexplicably declared their “love” for one another, and got married . . .

(Man!  That drunken Vegas Toronto casino sex must have been REALLY GOOD . . .) 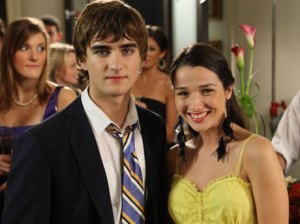 “So, Declan.  What do you think we should name our three-headed kids?”

Take this first week of episodes, for example.  It featured the following plotlines  . . . 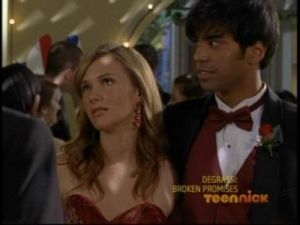 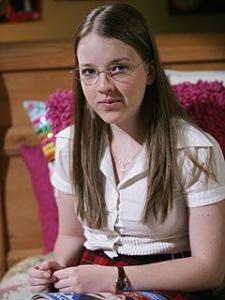 THIS girl did NOT try to commit suicide (ugly ass headband, notwithstanding).

If this keeps up, they may have to change Degrassi’s infamous tagline from “It Goes There” to “It Goes  . . . Where?”

I mean, really!  Fake pregnancies to win ELECTIONS?  Rumors about someone getting a boob job, when she is actually getting LASIK EYE SURGERY?  Could THIS be the same program that brought us this shocking scene?

So, I have to ask.  Have YOU been watching THE BOILING POINT?  If so, what do you think so far?

[Degrassi’s THE BOILING POINT airs weeknights at 9 p.m. on TeenNick this summer]