I read Elizabeth Gilbert’s memoir Eat, Pray, Love a couple of years ago, when I was going through a particularly rough patch in my own life.  (I think it is the closest I will EVER come to reading a self-help book.)  Without going into too much detail, I liked it.  Sure, the narrator was a tad whiny and self-absorbed at times.  I also thought that the heavy-handed, kind of preachy (no pun intended), “Pray” section could have been downsized a bit.  However, it was a fast, at-times humorous, and life-affirming read.  And, yes, it did help me a bit with what I was going through at the time.

When I heard they were making the memoir into a movie, and that Julia Roberts had been cast in the “Liz” role,  I was a bit surprised.  The author’s inner struggles just didn’t seem as though they would translate that well to the big screen.  Plus, Julia Roberts seemed too strong, and a bit too long in the tooth, to play the story’s vulnerable and fragile early 30-something protagonist.  I’d always pictured someone more like Kate Winslet in the role.

But, of course, I could be wrong.  It’s not a bad trailer.  The location shots are gorgeous.  Plus, the makeup artists and film stylists did a fairly decent job making Julia Roberts look younger, wispier, and blonder than I have seen her in a while.   And . . . well . . . maybe I should just shut up, and show you the trailer  . . . 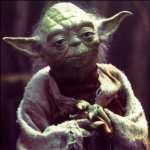 “May the force of big box office bucks be with you, Julia.”

:40 – The wise and sassy best friend . . . a requirement for all Chick Flicks, since the dawn of time.

:43 – Interesting sidenote:  Did you know that the writer of Eat, Pray, Love was the free-spirited table-dancing bartender who penned the GQ article that inspired this movie?

To be honest, after reading this book, I wouldn’t have thought she had it in her . . . I guess people can change . . .

1:19 – This “Julia in a bathtub” scene totally reminds me of that scene from Pretty Woman.

Another year, and it will be old enough for me to take it bar hopping, without a fake ID . . .

1:42 – Since I was a little girl, I always had a thing for elephants, and secretly wanted one for a pet.

It’s probably never going to work out for me, though.  For one thing, I don’t think I could find a pooper scooper big enough (or toilet, for that matter . . .)

2:06 – Who knew Javier Bardem was such a hottie, underneath all that bad No Country for Old Men hair?

But wait, wasn’t Liz’s Bali lover (and now husband) supposed to be older than her?  Like in his 50’s?