The Rapping Hamsters are SO the New E-Trade Babies! 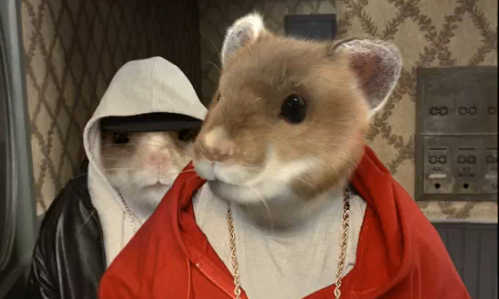 While at the movies this evening (I saw Get Him to the Greek, in case you were curious), I had the rare opportunity to view the above-pictured commercial on the silver screen.  Although I’ve seen it quite a few times by now, it never ceases to bring a smile to my face, a giggle to my lips, and some serious rump shaking to my tushy.  It almost makes me want to buy a Kia Soul . . . almost. 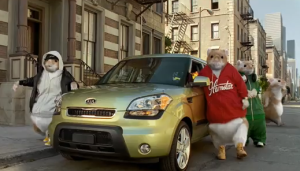 What can I say?  I guess I am just a sucker for hoodie-wearing CGI animals, and old school rap from the early 90’s.  The song the hamsters rock out to in the commerical is called “The Choice is Yours” by a group called Black Sheep, pictured below.  (Check out the guy on the right!  That is some SERIOUS hair!  No baseball hats for that guy . . . or any headgear, for that matter.) 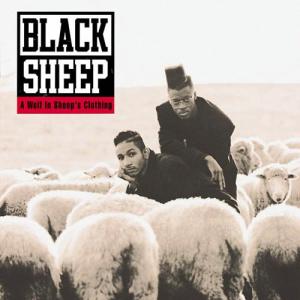 I’ve always wondered what Marge Simpson would look like as a black man . . . 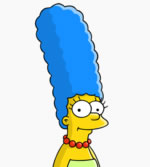 Then again, perhaps my love for this commercial simply stems from my lifelong dream to cruise the streets of New York City in a Giant Toaster . . . 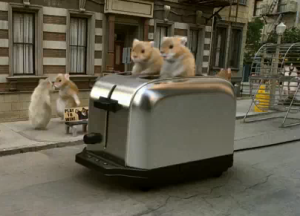 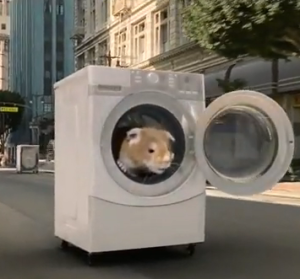 Whatever the reason, this commercial is simply the BOMB DIGGITY!

There are a lot of SERIOUSLY tough hamsters in that advertisement!  But you know which one I REALLY wouldn’t mess with?  THIS Hamster . . . 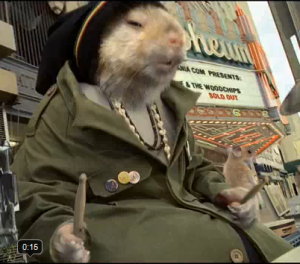 That hamster would probably get into a knife fight with the E-Trade Baby, with little provocation . . . 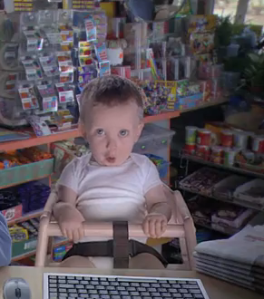 Speaking of homicidal hamsters . . . have you seen THIS commercial yet?