Let’s TALK About Sex (But Not Actually DO IT): A Recap of Grey’s Anatomy’s “Push”

“I am dressed like this, and all you want to do is talk about your ‘feelings’?  Seriously?”

Watching Grey’s Anatomy tonight was like reading one of those relationship advice columns they put in the back of fashion magazines: there was tons of psychobabble, a few choice one-liners, and virtually NO ACTION! (Save for a single hot — but way too PG for my taste — Bailey and Gasman smooch, buried at the back end of the episode.)

Playing the part of “Dear Abby” this week was Callie, who, like the aforementioned relationship columnist, sagely dealt out bite-sized morsels of free advice to her colleagues throughout the episode, until she found herself in a lovers’ quandary of her own . . .

So, without further adieu, let’s take a look at the lonelyhearts letters that found their way into Callie’s inbox during this episode . . .

My character has been an insufferable hypocritical tool for about a half-dozen episodes now.  First, I dumped my significantly younger girlfriend for an inconsequential guest star my daughter.   Then, I traveled to Private Practice LA and boinked a friend of mine, but bitched out my ex when she did the same thing.  Finally, I continue to berate and threaten my ex’s sort-of new beau for having the gall to screw MY WOMAN, even though I am currently screwing the entire nurse’s staff in the on-call room.  How should the writers go about redeeming me to the viewers?

In the episode’s opening moments, Mark Sloan a.k.a McSteamy is working out his pectorals, like a man, and whining about his loneliness, like a cranky toddler.  Callie suggests that Sloan find himself an age-appropriate woman, and begin a mature adult relationship with her.  She reasons that such a relationship will enable Sloan to, ultimately, get married and produce an army of little baby Sloans, all with excellent hair and a talent for bedding members of the opposite sex.

Sloan sets his sights on Teddy, to whom he has said maybe two words, since she has first appeared on the show.

Initially, the spunky, but highly socially awkward, Teddy literally laughs in Sloan’s face when he asks her out.  However, a few choice words from Arizona cause the Cardio God to reconsider.  “Mark is like candy,”Arizona offers.  “You eat it and then you forget about it.”  In other words . . . 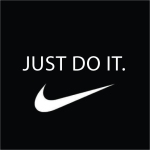 Teddy takes Arizona’s advice, and tells Sloan she would like to meet him after work for drinks (and a late night game of “hide the salami”).  But Teddy balks again when Sloan suggests “dinner.” After all, dinner with Sloan sounds less like a piece of candy that you suck on and forget, and more like a 16 oz. rib eye steak that’s tough to chew, full of bones, and often ends up stuck in your teeth afterward.

At the episode’s conclusion, Sloan makes his third and final offer: lunch.    Sloan explains he wants to date Teddy in broad daylight to make sure she is not a vampire, because he would ultimately like to get married and have lots of babies.  (Yeah, I didn’t really get it either . . .)

If a man I barely knew asked me out on a first date, by babbling on about marriage and children, you know what my response would be?

But, maybe that’s just me  . . . Teddy actually seemed kind of turned on by the whole thing.  Go figure!

It has been a LONNNNGGGG time since I last went on a date.  To give you a better idea of just how long it has been, I have enclosed a photograph of the outfit I wore on my last date:

In fact, the only person I have ever had sex with in my entire life was my ex-husband.  Now I am dating this total studmuffin.  Tonight is my THIRD DATE (and you know what that means . . .).  Not only do I have no clue how to raise the “sex issue,” I’m also really scared of sleeping with him too soon.  After all, he is leaving the show soon to star in a stupid Shondra Rhimes pilot I don’t want to get hurt.  What should I do?

Chandra Wilson was absolutely adorable during this episode: asking Callie to pick up condoms for her, because she was too embarrassed to do it herself, dodging Chief Shephard when he asked her about her lunchtime appointment, and freaking out at the suggestion of getting a Brazilian wax in preparation for her date (I too have had the “surgical field” conversation with my girlfriends.  It happens to be quite a divisive issue among the female population.)

At the end of the episode, Bailey and Gasman have their iconic third date at his house.  I loved how Gasman called Bailey out on her incessant monologues, and how she tends to use them as a defense mechanism to keep others at bay.  I also thoroughly enjoyed the new couple’s sex talk.  Sure, it sounded like something directly out of an After-School Special, but these two talented actors made the stilted dialogue work well.  What the heck is Shondra Rhimes doing, making us fall for this man, only to steal him away, once we become truly attached to him?  Shame on her!

I REALLY NEED to win the Harper Avery Award!  It’s been kind of a crappy year for me.  I just got back from rehab, and my new pipsqueak of a boss keeps kicking me while I’m down, and reminding me of my new lower status in the medical world.  If I won the Avery Award, I could rub it in his pretty boy face.  How do I get that award, dammit?

I know it sounds terrible to say this, but the whole massive tumor storyline was neither particulary unique nor interesting. (The actor and actress potraying the husband and wife pair grappling with a terminal illness, did a great job, however).  I’m also getting a bit tired of the constant medical one-upmanship aspect of the show.

I’d be a bit concerned if I checked into a hospital where all the doctors ever did was show off their techniques for one another and screw each other in the on-call room, instead of ummm . . . you know, trying to make me healthy?  And why does every technique these doctors perform have to be “new” and “never done before.”  What happened to the basics of healing?

In short, Owen’s and Richard’s fight to care for the right to operate on the massive tumor patient was lame.  As was Derek’s excuse for choosing Owen’s “fly by the seat of my pants” technique for the surgery over Richard’s methodical one.  What made this storyline bearable was Cristina Yang.

I love how she played these two men off of one another for her own personal gain.   I also enjoyed her little dig at Dr. Hotness Jackson Avery for talking up his grandfather’s purportedly altruistic reasons for creating the award in question.   “This has been a message from the Harper Avery Foundation . . .” – classic!

Also, classic was Meredith’s threatening Owen, after she caught him acting jealous of Sloan for dating Teddy, when he is SUPPOSED to be involved with Cristina.  “[Christina] is part of my team,” asserted Meredith.  “Hurt her and I’ll kick your ass!”

While Meredith proved herself to be a loyal friend to Cristina, she was significantly  less of one to her half-sister Lexie.  Big Grey merely stared at her sibling, dumbfounded, when Lexie broke down in tears in the bathroom, upon realizing that Sloan was moving on, and that she was not yet over him.  Would a pat on the back have been too much to ask for?

Clearly, Meredith never owned one of these, as a child . . .

In other news, Arizona,  Perky Patron of all things Pediatric, does not want children EVER, but Callie does, and that biological clock is just ticking away.  I smell trouble brewing on the horizon for these two . . .

Does this mean we can’t watch Saturday morning cartoons in bed together anymore?

So what did you think of this episode?  Are you happy about the prospective Teddy / Sloan coupling?  Will jealousy make Owen reevaluate his feelings for Teddy and Christina?  Can Bailey and Gasman possibly make it work when they are on two different television shows?  How do YOU prepare your “surgical field” for date three?