July 4th Movie Quote Contest (a.k.a. The post my lazy butt came up with at the last minute, because I drank too much on July 4th)

Have you ever noticed how there is nothing AT ALL to watch on television during the entire July 4th weekend?  Case in point:  Earlier this evening, I was flipping through channels in search of decent programming.  The viewing selection on my small screen was SO bad, that I actually watched an infomercial . . . on a motor scooter for the elderly . . . for a full half hour.  It was only 10 p.m.

Four glasses of wine in my belly, and I was actually about to purchase this . . . another two glasses, and I would have bought a spare one for my pet cat.

But you know what DOESN’T suck during July 4th weekend?  MOVIES!

July 4th weekend is a time when film production companies tend to release their highest budget films, in hopes of scoring big at the box office, and, thereby, achieving that much coveted “blockbuster” status.  It is also a time when television networks tend to air some of Hollywood’s most successful blockbusters, during prime time hours.  Networks tend to do this because (1) why bother putting out new content, when everyone is too sunburned and beer-logged to watch it; and (2) the few people who ARE watching are so happy to find something decent on television to watch and so very drunk, they won’t care at all that it’s a movie they have already seen 25 times.

For this reason and because I have had too much to drink to be genuinely creative, I have decided to run a little informal contest / game here at TV Recappers Anonymous.  The winner gets . . . well . . . to be honest, the winner gets nothing, because I don’t have anything to give him or her.

However, having a contest win of any kind under your belt WILL provide you with massive “street cred” on the blogosphere, not to mention something to brag about at all your upcoming July 4th parties!

I’m going to show you a YouTube video featuring 100 famous movie quotes.  As you watch the video, jot down as many movies and quote-uttering actors as you recognize.  Then, tally up your points.  You get one point for each movie you correctly identify, and one point for each actor.

And remember NO CHEATING!  If I hear later from your friends that you paused this video and started trolling around IMDB for the answers, I am going to find out your home address, and personally mail this to it . . .

Don’t think I won’t do it, either!

If you’d like, feel free to comment here on how many points out of the possible 200 you received.  If not, don’t worry, I won’t be insulted . . .

This would actually be a pretty cool game to play with your friends on July 4th, assuming the party you are attending is extremely lame.  Additionally, I’m pretty sure there is a way to turn this into a drinking game.  I just haven’t quite figured out how to do it yet.  (Your suggestions in that regard, of course, are welcome too.)

So, without further adieu, here are 100 famous movie quotes in under four minutes . . . Good luck!

(At some point, I MIGHT add a comment to this post that includes the “answers” to this game.  Until then, you are on the honor system.  And remember, I’ll be WATCHING YOU!)

Tell Me How to Get to Sesame Street – Celebrity Edition

I don’t know about you, but I’ve been suffering from a bit of “writer’s block” lately (blogger’s block?).  You see, in case you haven’t noticed, this website is called “TV Recappers Anonymous.”  And since most of the shows I love to recap have either wrapped up for the season (Gossip Girl, Lost, The Vampire Diaries, Grey’s Anatomy, Big Love) or won’t start airing for at least a couple of weeks (True Blood, Entourage, Mad Men), I find myself at kind of a loss for “write-about-able” topics. 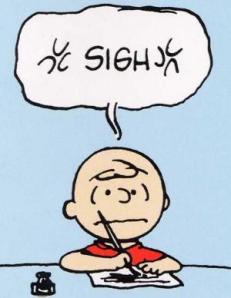 So, tonight, I initially planned to do this blog post that I’d been planning for a while, but had just never got around to writing.  In it, I would select the most raunchy, f-bomb laden YouTube clips from Robert De Niro films, and post them here for your viewing pleasure.  (Because nothing says “funny” like a potty mouth Robert De Niro threatening to perform random acts of violence on your tushy . . .)

So, being the “super creative” gal that I am, I headed to www.youtube.com and typed in the words “Robert De Niro.”  And, to my surprise, the FIRST video that popped up was this one . . .

You gotta love Elmo!  De Niro basically offers to do Taxi Driver and Raging Bull impersonations for him, and he chooses . . .  the cabbage.

Oh, and the “twist” ending?   With the TWO Elmos?  That was pretty much the most disturbing thing I’ve seen De Niro do, since that movie Hide and Seek . . .

Unintentional creepiness factor aside, this clip got me to wondering about what other celebrities might have recently made guest appearances on Sesame Street.  Here were some of the more amusing ones I found . . .

(Thanks to SesameStreet for posting these!)

If I am ever having trouble sleeping, remind me NEVER to call this guy . . .

As I was watching this, part of me kept waiting for the rest of the cast of the UK version of The Office to pop out from behind Elmo’s bed and start conversing with the camera, documentary-style.

This is the first time in my entire life, I can honestly say that I have ever been envious of an octopus . . .

I guess there’s a first time for everything!

If ever an actor was MADE for celebrity guest appearances on Sesame Street, it’s Paul Rudd.  He’s just a BIG goofy kid all the time!  I heart him!

“By the way, does this Earth make me look fat?” 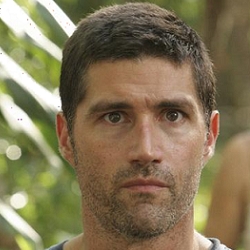 After watching this clip, I’m pretty sure Matthew Fox wins the award for Celebrity Most Uncomfortable with Being on Sesame Street . . . That being said, this clip was trippy enough to be a Flash Sideways on Lost . . .

Picture this. Dr. Jack Shepard opens his father’s casket in the Season Finale . . . and his Dad’s bones start TALKING TO HIM!  Oh, and Elmo would TOTALLY be the new Man in Black . . . or Red . . . or whatever. 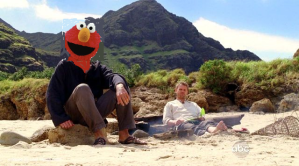 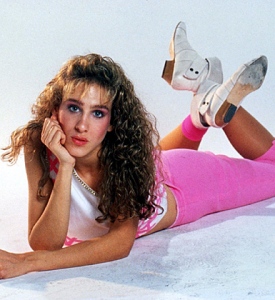 In this fun clip, Sarah Jessica Parker is waiting for “Big.” 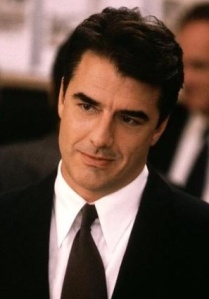 And, in the words of Carrie Bradshaw, “Super Grover couldn’t help but wonder, how BIG is Big?”  (Yeah, it actually gets THAT risque.)  Like that first clip with De Niro, this one also has a “twist ending.”  See if you can guess what it is . . .

Those of you who watched the episode of Glee in which he appeared as guest star, know that Neil Patrick Harris can sing.  What you might not know is that he also enjoys wearing way-too-small-for-his-body white wings and has a shoe fetish .  . .

So, there you have it, seven surprisingly adult-themed celebrity guest appearances on Sesame Street.  Now aren’t you glad I didn’t end up doing that post on De Niro?  I’ll probably end up writing it tomorrow. 🙂