Anatomy of a Trailer: Black Swan

Of all the film trailers invading my television screen, lately, the one that intrigues me most is the trailer for Black Swan, starring Natalie Portman and Mila Kunis.  Not only is there already Oscar Buzz surrounding the film’s two stars, there is also much tongue wagging about an “agressive, ecstasy-fueled, sex scene” rumored to take place between them, during in the film.  And you know how much I love my Aggressive Ecstasy-Fueled Sex Scenes!

Aside from that, the trailer for this intense psychological thriller, about a ballerina who (possibly?) loses her mind during rehearsals for a performance of Swan Lake, looks pretty darn amazing.  Let’s check it out, shall we?

Hey!  Way to spoil the ending of the movie, Natalie!

Ooh!  This scene reminds me of a scene from another movie.  Does anybody else remember Center Stage?

I’m guessing this movie is going to be ten times better than that one.  I’ve actually seen Center Stage about 15 times.  I also own the DVD, and have the film’s soundtrack in high rotation on my iPod.

That’s Vincent Cassel.  He, or somebody who looks just like him, played the Bad Guy in every action film I’ve ever seen.  He was also the only cool part of that Ocean Twelve movie aside from the INSANELY HOT CAST.  I highly recommend watching the film on mute.  It’s a much better experience.  Trust me.  (Click on the embedded link below, to see what I mean.)

BURN!  You’ve gotta love passive aggressive moms who make not-so-subtle comments about your being OLD.  Barbara Hershey may be looking pretty evil now.   But I cried like a baby when her character died in Beaches.

Then again, I was REALLY young the first time I watched Beaches, so it’s possible I was just upset that my favorite Fluffy Bear stuffed animal got lost under my bed.

That’s the face I made when I lost my Fluffy Bear Barbara Hershey died in Beaches.

As far as directors / producers go, Darren Aronofsky is pretty A-list.  Those of you who (like me) had nightmares for weeks, after watching Requiem for a Dream (a movie that doubled as the most effective DON’T DO DRUGS PSA I have EVER seen!), can think him for that.

But, just in case reading this has made you overly jealous of Darren Aronofsky, he just recently divorced Rachel Weisz.

That’s Mila Kunis.  She’s awesome.  Some of you might remember her as Jason Segal’s love interest in Forgetting Sarah Marshall. 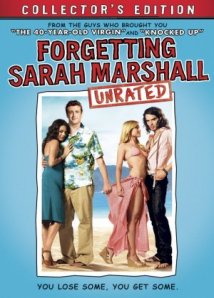 Others might enjoy her “voice,” as Meg, in The Family Guy.

But, for me, Mila will always be the shallow, self-absorbed (but still oddly likeable) Jackie from That 70’s Show.

Jackie spent most of the show in an on and off relationship with Ashton Kutcher’s dim-witted character, Michael. 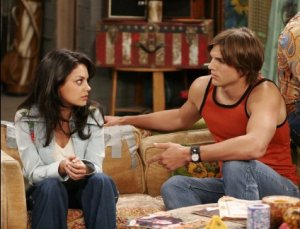 But, sometimes, she fooled around with Danny Masterson’s Hyde.

And then, randomly, the writers made her end up with Wilmer Valderrama’s Fez? 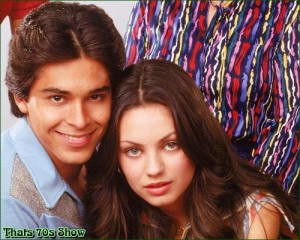 Both Mila Kunis and Natalie Portman were rumored to have lost 20 pounds a piece to better “embody the bodies” of ballerinas.  Honestly, they were both so thin to begin with, I’m not sure how that is scientifically possible!

For those who haven’t read up on the film, the basic premise is this:  Natalie Portman’s character, Nina, is cast as the lead in Swan Lake, a part which requires the dancer to assume the roles of both the innocent White Swan, and the seductive Black Swan.  While Natalie’s Nina seems ideal to play the White Swan, her new nemesis, Lily (Mila Kunis) better embodies the darkness of the Black Swan.  As an understudy, Lily is quite literally, Nina’s doppelganger.  And you know how much I LOVE doppelgangers . . .

By the way, if you look closely, you’ll notice that the girl in black is NOT Mila Kunis, it’s Natalie Portman.  But wait . . . so is the girl in white.  I’m confused! 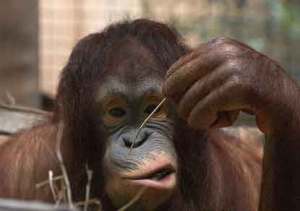 1:27 – Ladies, here’s the image you can use to get your boyfriends to go see this film with you.  I have four words for you (and them) “Ecstasy-Fueled Hate Sex.”

1:35 – Here, Natalie does her best impression of Kevin from the Home Alone movies . . . 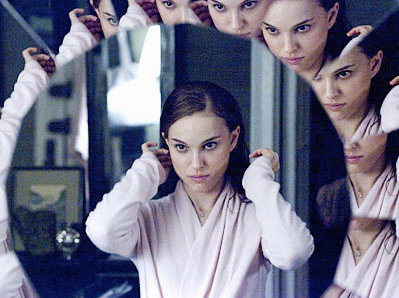 Sweet Girl is not home right now.  But if you leave your name, telephone number, and a brief message, she’ll get right back to you as soon as she finishes breaking mirrors, freaking the f*ck out, and going on a murderous rampageas soon as possible.

Second of all, don’t you hate it when you start growing black swan feathers out of your back?  Then again, maybe that’s just an ingrown hair . . .

Black Swan swims into theaters December 3rd.  Will YOU see it?