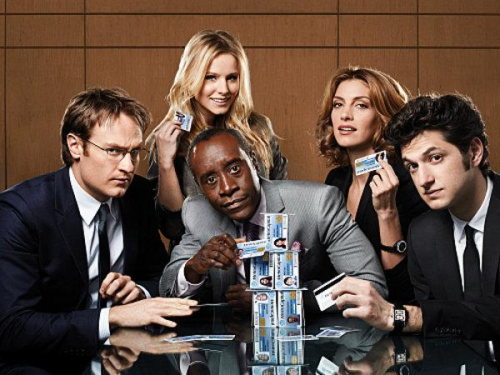 As you may or may not have noticed,  I haven’t been around much lately.  Now, I can make up a bunch of fairly lame excuses for this.  But I won’t, because you’re smart enough not to believe most of them. 🙂

Basically, the reason I haven’t been blogging this past week or so, is because I have fallen into the Vast Wasteland that is Winter Hiatus Television.  And I can’t GET OUT! 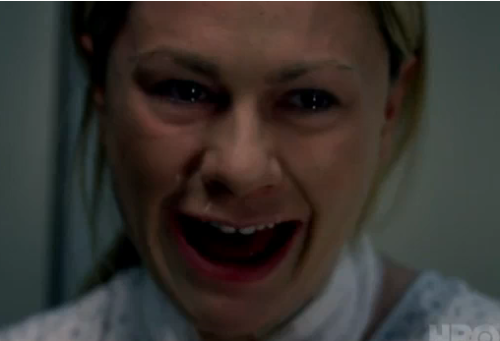 Man, it’s dark and dismal out there, in the world of repeats, countless Christmas movies starring Mario Lopez, and infomercials for Forever Lazy!

The one item of clothing capable of making a Snuggie look chic and fashionable by comparison.

Useless as the state of prime time TV has become of late,  I find myself spending a good deal of the time I usually spend watching television shows and writing about them refreshing the homepages of ew.com and tvline.com, in hopes of finding spoilers for The Vampire Diaries and Gossip Girl.

Pathetic?  Yes!  Ashamed?  No sir!  Do you know why?  Because trolling the interwebs, has enabled me to find the pilot for a BRAND NEW SHOW!

The show is called House of Lies, and it premieres on January 8th on Showtime.  Don’t have Showtime?

Worry not!  Because you can watch the entire pilot episode, RIGHT HERE, ON THIS BLOG

The show is, more or less, about these fast-talking, manipulative, take-your-money-and-run, high-powered management consultants, and how they bilk wealthy douchebag companies out of their not-so-hard-earned cash, in ways that are entirely legal.  (Honestly, I’m not quite sure who you are supposed to be rooting for, in this scenario.)  Showtime, of course, has a bit more to say about the premise of the show.  So, if you are curious, you can check out the official website here.

House of Lies is loosely based on a book of the same name written by THIS GUY . . . 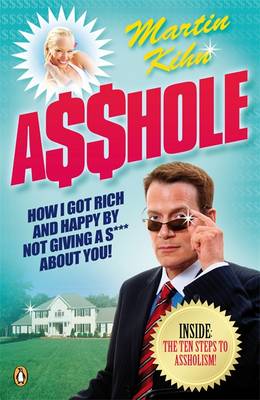 Therefore, it is probably not surprising that the main character of the show is a man named Marty Kaan, which, is probably the way Martin Kihn’s clients say his name, after they’ve had a few drinks, .   What might surprise you though, is that Marty Kaan is played by THIS GUY . . . 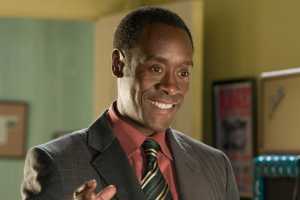 The resemblance is striking.  Don’t you think?

Yes, fellow film fanatics.  The handsome man pictured above is Don Cheadle, otherwise known as that Actor From Every Oscar-Award-Winning Movie You Ever Saw . . . and, of course, Hotel for Dogs. 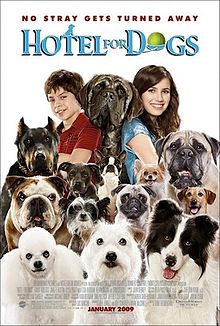 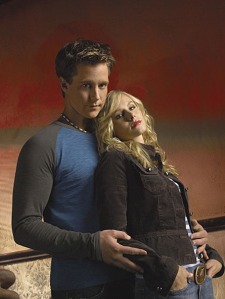 Between you and me, I have a bit of a girl crush on Kristen Bell . . .

Not like that!  (Get your mind out of the gutter!)

So, much of a girl crush, in fact, that I even enjoyed THIS adorably heartfelt, and yet, at the same time, gut-wrenching and utterly disturbing, music video . . .

While Bell’s character, Jeannie Van Der Hooven, is neither quite as edgy, nor as spunky, as a certain high school detective we all know and love, she does share some of that trademark sarcastic wit, acerbic nature, take-no-prisoners attitude, and hidden vulnerability, with her slightly more youthful alter ego.

As a Veronica Mars fan, I found this kind of refreshing.   It was almost as if House of Lies took place in some alternate universe, where Lily Kane never died, Keith Mars kept his job as sheriff, and Veronica graduated high school as a better dressed, if a tad less accessible, “Niner” who had her sights set on business school.  (If you’ve never watched VM, feel free to disregard this entire paragraph, as it probably makes no sense to you, whatsoever.)

Also starring in House of Lives is Dawn Olivieri, a.k.a. one of Damon’s many dead ex girlfriends from The Vampire Diaries . . . 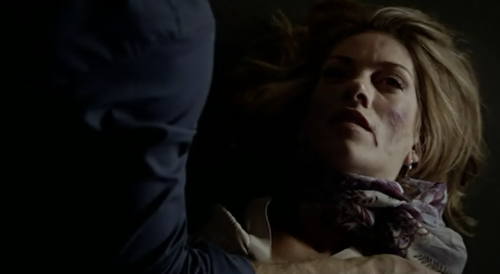 Dawn plays Marty’s drug addict ex-wife and business rival, Monica.  Three seconds into the pilot these two are already buck naked . . . if you’re into that sort of thing . . .

Hmm . . . I wonder if there will be biting involved, in future episodes?

Now, that I’ve given you a rundown on the cast, you are probably wondering what I actually thought of the pilot.  Here’s what’s interesting . . . for the first, I’d say, ten minutes or so, I wasn’t a fan.  Mainly, I think, this had to do with a certain annoying little gimmick employed by the writers, way too frequently, during the first third of the show.  I’m, of course, referring to those instances during which Cheadle’s character would literally FREEZE TIME, in order to break the proverbial “Fourth Wall,”so as to define a particular term for the viewing audience that didn’t really need to be defined, or explain something to them that didn’t particularly need explaining . . . 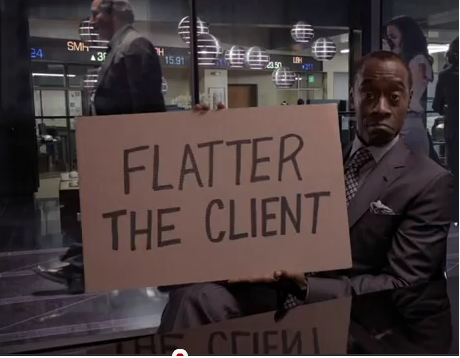 It was pedantic, annoying, and made me feel like I was watching Sesame Street for Rich People, or a really cheesy sitcom from the early 90’s. 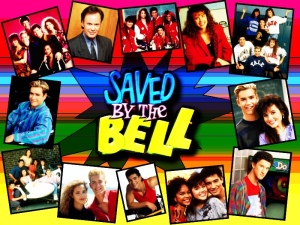 And then, weirdly, about 15 minutes into the episode, this gimmick completely disappeared . . . almost as if the writers forgot they were doing it in the first place.

I also wasn’t entirely sold on Cheadle’s character.  He seemed smarmy, but not in a particularly funny, or likeable way . . . 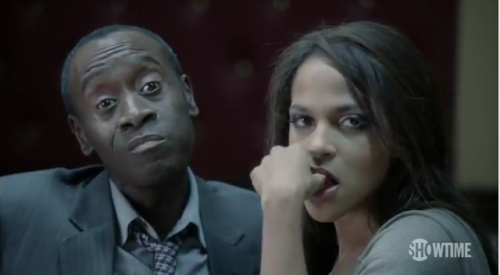 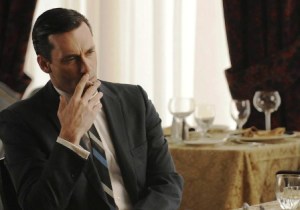 Yet, despite all that, I found the pilot to be REALLY funny.  I laughed out loud more than once, which, is unusual for me, when watching a TV show.  Two subplots . . . one involving “Marty’s” son auditioning for a school production of Grease, and another involving a . . . um . . . double date, were particularly amusing.

That’s where House of Lies pleasantly surprised me.  For a seemingly sleek, “adult,” pay cable show, about arrogant greedy rich people, House of Lies was more screwball, and a bit more campy, than the glossy advertising, and designer-suit wearing cast would have you believe.  This is a show that definitely doesn’t take it self too seriously . . . a quality that more television programs could stand to adopt, nowadays.

And it’s that aspect of the show that’s convinced me to give it a second chance . . . (also, because Veronica Mars is in it, obviously).  (But they REALLLLY have to get rid of that Freeze Frame Tutorial Thing, IMMEDIATELY!) 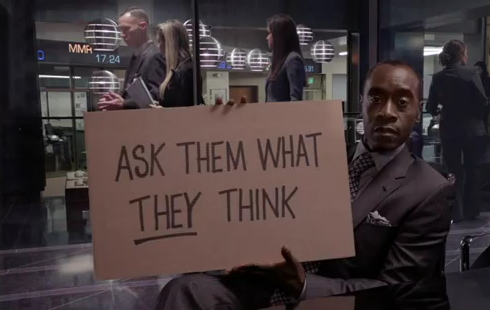 Filed under House of Lies