Glee’s “Safety Dance” a.k.a. Why Dancing in Malls is COOL!

I have to say, after a few lackluster episodes, it was really nice to see one of my favorite new shows of this year, Glee, back on its game this week.  As far as I’m concerned, the high quality of  the recently aired “Dream On” episode, can mainly be attributed to three things.  Or, perhaps, I should say, three people.

Who would have thought the guy who taught Buffy Summers how to pound stakes into vampires’ hearts, was also so adept at choreographing musical numbers?  Then again, didn’t Buffy the Vampire Slayer have a musical episode, once?  I actually think the episode was called “Once More with Feeling.”  (I tried to find a video of it to show you.  But when I looked on YouTube, all I found were a bunch of bad fan videos and high school musical productions.  So, you’ll just have to take my word for it . . .)

Second, Neil Patrick Harris, who acted, danced, and SANG in it. 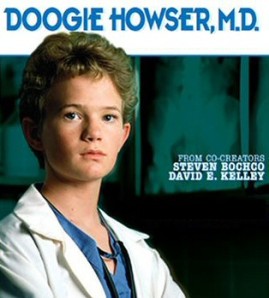 Third, and, most importantly, for purposes of this post at least, Harry Connick Jr.- lookalike, Kevin McHale, who plays the loveable, wheelchair-bound, Artie Abrams on the show.  This kid is just plain AWESOME, and can do no wrong, as far as I’m concerned!

In the first half of the season, Kevin’s character, Artie, updated the Billy Idol song, Dancing with Myself, giving it a unique jazzy, blues-esque, feel.  This week, he updated yet another 80’s classic, namely Men Without Hats’  Safety Dance.

In doing so, he proved to the world that just because you are confined to a wheelchair for the rest of your life, doesn’t mean you can’t dance.  (OK . . . actually . . . maybe it does . . . but the episode was all about “dreams.”  So, cut the kid some slack, all right?)

Words can’t express how much I LOVE the video you are about to see, particularly because it takes place in a MALL.  You see, I’m a Jersey Girl.  So, malls?  They are kind of my thing . . .

(Special thanks to Msikklegunn2, for posting this.)

Speaking of dancing in malls . . . while I was watching the Glee video, I couldn’t help but be reminded of another music video that featured, “Random Mall Dancing.”  Do any of you guys out there rememeber that bizarre, but oddly compelling, music video for Fatboy Slim’s Praise You?  Please allow me to refresh your memory . . .

(Thanks for allowing embedding, toxicblast!)

(I actually think that “dance group” performed in my mall, once . . .)

While on my “mall kick,” I took it upon myself to research what the ORIGINAL music video for Safety Dance actually looked like.  I thought to myself, “I bet this video took place in a mall, too!  After all, the song was written in the ’80s.  And ’80s teens LOVED their malls.  I saw Fast Times at Ridgemont High!  I know how it is!”

Unfortunately, I was wrong . . .  There were most certainly NO malls in the original Safety Dance video.  Instead, the whole thing kind of made me feel like I was watching a deleted scene from Lord of the Rings.  And I REALLY didn’t like Lord of the Rings . . . 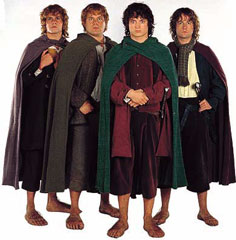 They look mad at me.  Do you think they are mad?  Hopefully, this video will make them feel better . . .

(Video posted by falecomoeditor.  Thank you!)

Give me mall-dancing and Artie, over a medieval-looking village and skipping hobbits, any day!  Well played, Glee!

9 responses to “Glee’s “Safety Dance” a.k.a. Why Dancing in Malls is COOL!”