Hot Times, Summer in TV Land – What shows will YOU be watching during the “off-season?”

Hey!  Where did everybody go?

Remember when “original television programming,” during the summer season, meant nothing more than a bunch of lame ass game shows . . . 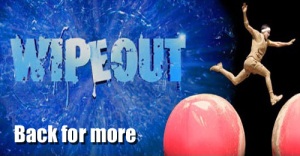 Fortunately, however, thanks to an increasing number of “pay” cable channels opting to provide their fans with original series ALL YEAR ROUND, summer television sucks a heck of a lot less than it did, say, five-years ago.

This morning, I was browsing through the online edition of Entertainment Weekly, when I came across this very cool article, which briefly summarized what television shows will be gracing our small screens this summer.  Based on this article, and some additional research on my part, I managed to compile a surprisingly full “Summer TV Watching Roster” for myself.  Here’s a list of the shows that made my “watch list.”

THE VETERANS, a.k.a shows that I’ve watched in the past, and think are AWESOME — Therefore, I will watch them again . . .

This one sort of goes without saying, doesn’t it?  Particularly, since I have already been yammering on about the show on this blog, FOR WEEKS!  I mean, honestly, what could be better than a super raunchy, hilarious, and at-times very scary show, featuring all of the things I love best?  For the past two seasons it has been on the air, every SINGLE hour of True Blood has been jam packed with:

and people who talk with funny accents!  And if that hasn’t sold you yet, this BRAND NEW extended trailer definitely WILL . . . 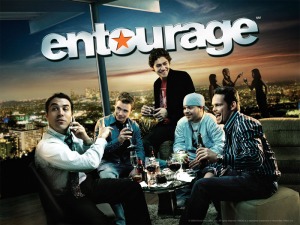 It’s hard to believe that this show is already heading into its SEVENTH SEASON!  It seems like only yesterday that “new hot young movie star” Vinnie Chase and his boys — uptight Eric, loveable loser Turtle, and dimwited has-been Johnny Drama — were making waves in the L.A. party scene, by bedding all the underage ladies, and pissing off all the celebrity guest stars.

Then again, maybe it WAS yesterday.  After all, one of the best things about Entourage is how comfortingly predictable it is.  Sure, Vinnie Chase is slightly less new and certainly less young than he was in early seasons.  And, yes,  his “hotness” as a character always tended to wax and wane, depending on what fake movie he was starring in, during a particular season (and how big his hair was at the time).  But other than that, most of the show’s episodes followed a pretty basic formula, and that formula WORKED!

Basically, I think a lot of Entourage‘s long running success has to do with how well it caters to the basic male fantasy.  Seriously, what GUY wouldn’t want to do virtually nothing all day, but party with his friends and various celebrities (The latter usually drop in for cameos, playing exaggeratedly douchey versions of themselves).  And, yet, still be rich, successful, and highly oversexed?  Here is an example of a typical scene you might see during a run-of-the-mill episode of Entourage . . .

In conclusion, if you are a “dude,” or a girl who likes watching “dudes” do their thing on television, Entourage is the summer show for you!

A few months back, I wrote a blog entry that sort of functioned as unofficial tribute to all things Mad Men.  It has been almost a year since this one-hour drama, set during the early 1960s, about the employees of a successful New York City advertising agency, graced my television set.  And yet, I STILL consider the show to be one of the best written and most intelligent programs on television today.  (ESPECIALLY since Lost and The Sopranos are no longer on TV . . .).

The show’s third season finale was just JAM PACKED with OMFG moments.  Most notably, both Sterling AND Cooper QUIT Sterling & Cooper (along with the show’s main protagonist, Don Draper, and MOST of the other series regulars on the show) to start their OWN AD AGENCY!

Oh, and did I mention that TV Super Couple, Don and Betty, are getting a divorce?

Or that I AM IN LOVE with Pete Campbell / Vincent Kartheiser?

Having crafted a brilliant and unexpected Season 3 finale, it looks as though the Mad Men writers have laid the groundwork for what will undoubtedly be an exciting new season . . . 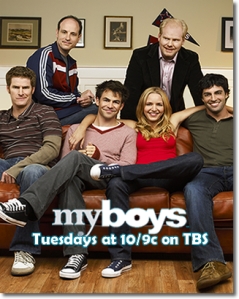 Television watching can’t be ALL DRAMA, ALL THE TIME, can it?  Especially during those hot summer months, I always like to throw a little light comedy into my TV watching schedule.  For the past three years, this little sitcom, about a twenty-something sports journalist from Chicago, and her rag tag gaggle of guy friends, has fit the bill just fine.  At the end of last season, P.J. tried to cope with her ex-boyfriend, Bobby’s upcoming marriage, by hooking up with Bobby’s older brother on the night of Bobby’s wedding.

Sounds like a great idea, right?  And, perhaps, it would be, if Bobby didn’t walk in on the couple in flagrante, just as he was on the verge of telling P.J. that he still had feelings for HER!

My Boys may not be the most original sitcom out there, nor is it the funniest.  And yet, I’ve always found it enjoyable to watch.  Plus, TWO of P.J.’s “boys” are particularly easy on the eyes (Take a look at the cast pic above, and you will see exactly who I mean), which certainly doesn’t hurt . . .

THE ROOKIES, a.k.a. new shows I am willing to give the privilege of having a temporary slot on my TV-watching “dance card,” until they inevitably disappoint me with their suckiness . . .

Interestingly enough, this show, about a snooty suburban community that just so happens to house residents with supernatural powers, was the only one on basic (non-pay) cable to make my Summer TV Watching list.  What can I say?   I’ve always been a “sucker” (pun intended) for a good vampire tale . . .

Premieres Friday, July 9th at 10pm on the SyFy 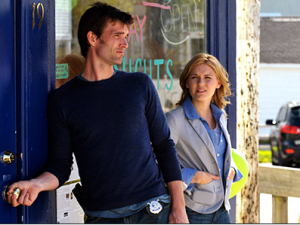 This “mystery-of-the week” type drama, created and produced by the same people who brought you The Dead Zone, has been described as “Twin Peaks meets the X-Files” ( says Entertainment Weekly), with a little bit of Fringe thrown in for good measure.  The show follows two FBI agents, as they investigate strange supernatural happenings (Are you noticing a pattern here?) occurring in a small town in Maine.  The program is purportedly based on a novella by Stephen King, entitled The Colorado Kid (as opposed to “The Maine Kid”?).

Stephen King tales tend to be genuinely spooky, with excellent plotting and great characterization to boot.  I’m hoping this series offers some of that as well.  Though I’m not generally a fan of horror, for whatever reason, I always find myself drawn to “scary” shows, during the summer months.   It looks like this summer will be no exception.  Plus, I like the fact that, unlike the other shows on my list, this show isn’t serialized.  So, if I have to miss an episode or two, I won’t be completely lost. 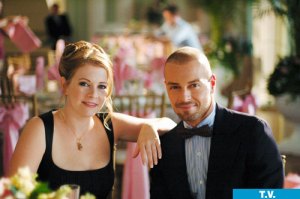 OK, I’m going to be completely honest here.  I’m pretty sure this show is gong to be AWFUL!  And yet, the little kid in me simply can’t resist the chance to see two of her favorite 90’s “teen idols” all-grown up, and starring in a show TOGETHER!

Apparently, these two (Melissa Joan Hart and Joey Lawrence) starred in one of those lame made-for-tv movies, a little while back, and were such “a hit” together, that they decided to try for something a bit more permanent.  The sitcom is about a local politician (Hart) and a bankrupt Wall Street type (Lawrence), who end up living together.   Let the hilarity ensure!

Unfortunately, I couldn’t find a promo for this show anywhere on the internet.  So, in honor of Hart and Lawrence, I’ve decided to show you THESE instead . . .

A nice hefty helping of CHEESE with your blog!  You’re welcome!